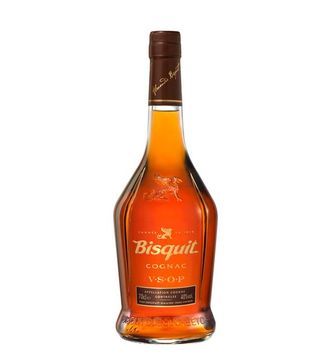 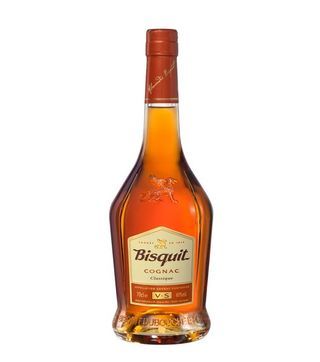 Bisquit classique
700 ml @ 4000
Bisquit is a cognac from France that was founded by Alexander Bisquit during 1819. He created his own Company at the age of 20years. The Bisquit family developed at a very high rate becoming one of the largest brands in the world. During the 19th Century, the Company build a good relationship with foreign countries such as Northern Europe, Asia and supplying their cognac in there hence laying a good foundation in the foreign market. Since then, the Company became very successful and very famous hence being supplied in other different countries.

By the end of the 19th Century, Bisquit Cognac was available in utmost five continents. Alexander was not only the founder of the Bisquit cognac he also owned a chateau de ligneres and a large ranch of the vineyard. Apart from Alexander Bisquit being a successful entrepreneur, he was the mayor of Jarnac. During 1859, his daughter got married to Adrian Duboche and his name was joined to the Company’s name. During 1865, daughter to Dubouch known as Solage got married to Maurice Laporte and by doing that he was renamed to Laporte Bisquit.

During 1862, Bisquit Company received a great award during London’s World Fair. During 1889, Bisquit Company participated during the Paris World’s Affair. Edouard Laporte Bisquit started promoting his cognac brands in Argentina, the Middle East and India. In 1923, the Company decided to use griffins as its logo. In 1951, King George VI gave the Company a Royal Warrant to be officially supplying Bisquit cognac to the statehouse. Following year, Josephine Baker joined forces with the Company to form a distinctive cognac.

Later in 1984, Bisquit was selected by Air France as their onboard cognac. During 1998, the Bisquit cognac bottles that got lost during 191 when the German ship capsized were recovered. After a short while, the Company was purchased by Pernod Ricard who later sold it to South Africa Distell Cooperative in 2009. Following year, the Firm released their products in South Africa. This cognac has various brands such as Bisquit XO, Bisquit VSOP, Bisquit VS Classique cognac, Bisquit Interlude Limited Edition, Bisquit Prestige cognac and Bisquit Legende cognac.

Listed below are the Bisquit cognac brands with their prices in Kenya:

Visit Nairobi Drinks today and explore on our wide collection of cognacs and other alcoholic beverage drinks. We sell our drinks in both retail and wholesale prices. Order from us today and experience a free, fast and reliable delivery of any alcoholic drink with the best Kenyan prices. You can order via the shopping cart, SMS, WhatsApp and Calling on 0714-798-820 or visit our website on www.nairobidrinks.co.ke.

Buy Bisquit Cognac brands in Kenya from Nairobi Drinks at the best Bisquit price in Kenya. Explore all types of brandy in Kenya for free cognac delivery in Nairobi.