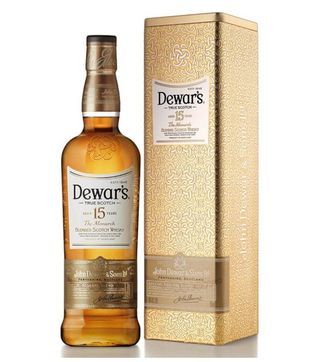 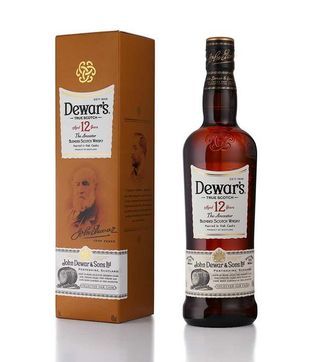 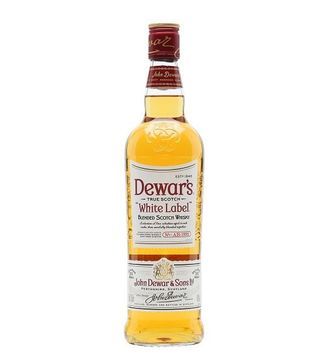 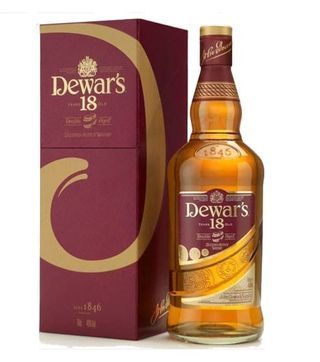 Dewars 18
750 ml @ 10999
Dewars is a blended Scotch whisky from Scotland currently owned by Bacardi. Dewar’s whisky was formed by John Dewar senior in 1846. This whisky brand broadened and became a global market leader under the management of John Dewar’s son called Thomas Dewar and John Dewar junior. In 1904, the whisky brand received a gold medal from Louis world’s Fair.

Tommy Dewar was an author who became very famous after writing a travel journal called ‘Ramble Round the Globe’ which formed a record of his travels by publicizing the Dewar’s name. In 1896, Dewar’s family enlarged its brand by building a distillery and named it Aberfeldy. During 1925, Dewar’s firm partnered with the Distiller’s Company and later on in 1986, the distillery was purchased by Guinness who joined forces with Grand Metropolitan and formed Diageo in 1997.   During the following year, Bacardi bought the Dewar’s whisky brand from the Diageo. This whisky became pre-eminent in the United States of America after a small keg of the Scotch whisky was sent to the white house as a gift to President James Garfield by Andrew Carnegie. Eight years later, Carnegie sent the same Scotch whisky to President Benjamin Harrison as a gift during his inauguration ceremony.

During 1913, a ship that had carried many cases of Dewar’s Scotch whisky accidentally sank in Lake Huron. Fortunately, those cases were recovered in 1987 by an underwater archaeologist known E. Lee Spence. Dewar’s blended Scotch whisky used oak casks for its maturation and after a blend, it was returned to the oak cask to mature further so that it could obtain a smooth finish. Dewar’s whisky has several brands which are: Dewar’s 12-12 years, which was awarded several gold medals during the San Francisco World Spirit Competition, Dewar’s Scratched Cask which was launched in 2015 and used the scratching ex-bourbon barrels and charring process to produce a smoother richness to the other brand called White Label.  We also have the Dewar’s 15-15years, Dewar’s 18-18years and finally Dewar’s signature.

The following are the Dewars whisky brands and their prices in Kenya:

Here at Nairobi Drinks, we have all the whisky brands in Kenya such as the Glenfiddich, Glenmorangie, Macallan, Johnnie Walker, Ballantines, Dalwhinnie and many more. Visit our online whisky shop and enjoy a fast, free and reliable delivery of quality drinks with the best price in Kenya. You can place your order via the Shopping cart, SMS, Calling and WhatsApp on 0714-798-820. You may also visit our website www.nairobidrinks.co.ke