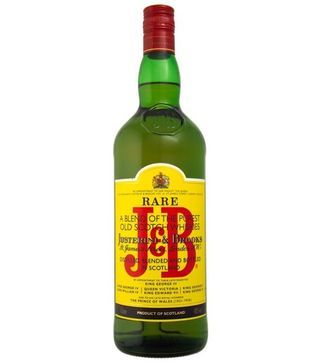 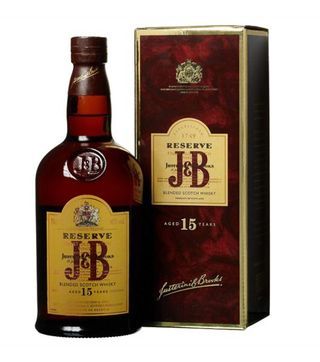 J&B reserve 15 years
1 litre @ 6999
J&B which stands for Justerini and Brooks is a fine spirit that was founded in 1749 by Giacomo Justerini from Bologna and George Johnson. It is produced in Scotland and is categorised as a blended scotch whisky. During 1960, Johnson bought the Company from Justerini who went back to his native land. Johnson continued operating and developing the Company and later on Augustus, his grandson joined him as a partner and established relationship with European suppliers such as Mayonce, Cadiz, Reims, Palermo, Dijon, Genoa and Bordeaux.

The following year, The Company was granted a Royal Warrant from King George 111. George Johnson was killed by a runaway horse that collided with his Sedan chair in Piccadily and his grandson Augustus Johnson was left in charge of the Company. During 1790, Johnson & Justerini offices were damaged by the fire that came from the adjoining opera house. Later on, Augustus’ son was made a partner in the Firm. After King George died during 1820, Augustus Johnson junior continued stocking the royal cellars. Johnson sold the business to Alfred Brooks in 1831. During 1858, Justerini & Brooks started selling the wine and spirit to many countries after Queen Victoria was declared the Empress of India.

In 1858, Alfred Brooks handed the firm to William Cole his son in law in 1876. J&B was the first spirit from London to buy stocks of mature malt whisky and form its own blend. In 1889, Justerini & Brooks sold the Company to Newbiggin & Anderson before he passed on. During prohibition, Justerini and Brooks promoted a brand called J&B Rare that was produced specifically for the American market. The blended Scotch whisky brand J&B rare blend is a blended grain whiskies and forty-two malt. In 2001, J&B was a representative for Demaine du Comte Liger- Belair in Singapore and was appointed as president of Royal Warrant Holders Association. Justerini & Brooks became the distributor in the UK for Petrus and Chateau Lafleur. Justerini & Brooks are known for their J&B Rare blended whisky brand and fine wine.

The following is the J&B whisky brand and their prices in Kenya;


At Nairobi Drinks, we have all whisky brands in Kenya. Enjoy a free, fast and reliable alcohol delivery of quality drinks with the best prices in Kenya. Visit our whisky shop and explore our library. Place your order via the Shopping cart, WhatsApp, SMS, Calling on0714-798-820 also visit our website on www.nairobidrinks.co.ke

Buy J&B Rare whisky brands in Kenya from our online whisky store at the best whisky price in Kenya. We offer all types of whisky in Kenya plus free alcohol delivery.