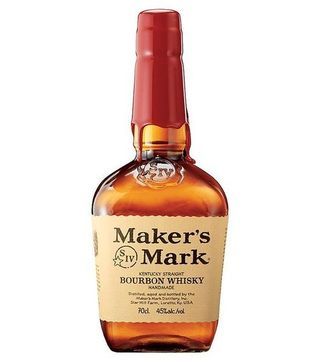 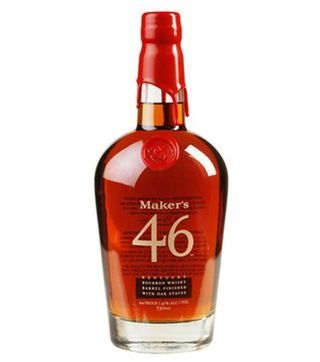 Makers mark 46
700 ml @ 7000
Makers Mark is bourbon whisky manufactured by Beam Suntory in Loretto town in Kentucky. Makers Mark started when J. William Bill Samuels bought the Burks distillery. Production of the whisky started in 1954 and the first product was released in 1958. From 1960 up to 1970, Makers Mark was marketed widely and people got familiarized with it.

During 1994, the Company was highlighted in the National Record of Historic Places and later on, it got appointed as a National Historic Landmark in 1980. Makers Mark was the first distillery in America to be acknowledged at a time when Landmark building was still manufacturing. In 1981, Hiram Walker and sons bought the distillery which was later purchased by Allien Domerq in 1987.

Pernod Ricard bought Allien Domerq in 2005 and later Makers Mark distillery was bought by Deefield Illinois that’s situated at Fortune brands. During 2011, Fortune Brands broke down with its Alcoholic business becoming a Beam Incorporate. Bill Samuel Junior took over the Company after his father Bill Samuel senior and ran it up to 2011 when he retired and his son Bon Samuel succeeded him in the same year.

During 2014, Beam Incorporate became Beam Suntory and declared its sales to Suntory Holdings forming the third-largest distilled spirit worldwide. The same year, the distillery introduced Makers Mark Barrel Strength Bourbon in little quantities that were only available to customers at their Company’s gift shop. During 2015, the Company announced they were expanding the distillery and in 2016, the brand was introduced to the global mark.

Makers Mark whisky was matured for utmost six years and was later marketed and bottled only if the company’s taster allowed its release. The distillery traded a small batch of the whisky which meant they sold it in small quantities. Markers Mark received high scores at the International Spirit Ratings Competition. In 2010, this bourbon received a gold medal at the San Francisco World Spirit Competition. During 2011, the bourbon whisky earned Solid marks from the Wine Enthusiast.

The following are the Makers Mark whisky brands and their prices in Kenya:

At Nairobi Drinks, we have all the Makers Mark brands and other whisky brands in Kenya. Visit our online whisky shop and Enjoy fast and free delivery of quality drinks with the best prices. Place your order via shopping cart SMS, WhatsApp, calling and the on 0714-798-820 or visit our website on www.nairobidrinks.co.ke

Buy Maker's Mark whiskey brands in Kenya online at the best Bourbon whiskey prices. We offer all types of whisky in Kenya plus free alcohol delivery in Nairobi