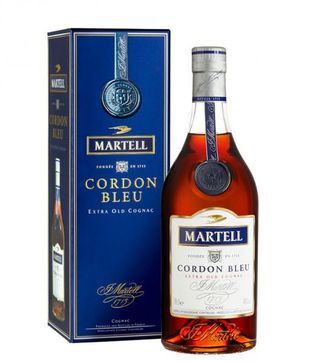 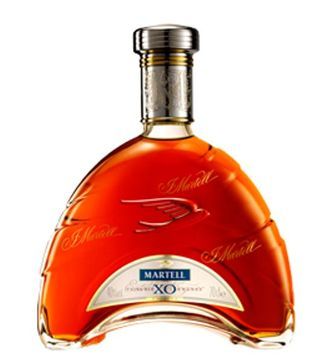 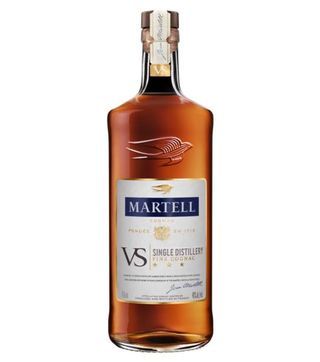 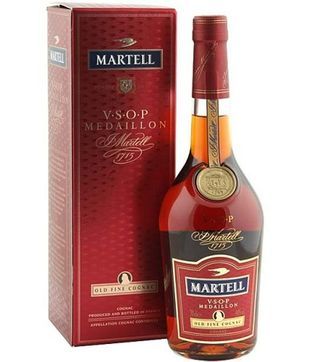 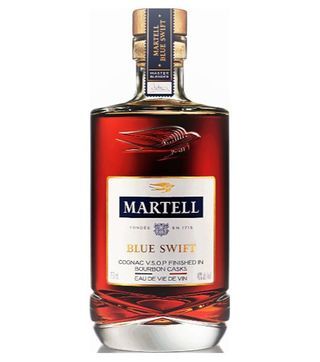 Martell blue swift vsop
700 ml @ 6999
Martell is a cognac from France that was discovered by Jean Martell in 1745. Martell is part of Perrier Jouet, the subordinate of all wines and spirits in French known as Pernod Ricard. Jean Martell was a young dealer from Jessay town. During the same year, he formed his own cognac house. Martell uses Troncais oak for its barrels and this mixture resulted in an even cognac. Jean passed on in 1753 and the rest of the family succeeded him and continued running the Company developing it more to a point where they started supplying the cognac in other countries since 1814.

During 1831, Martell VSOP was released and was launched and expanded internationally. Martell became famous in the whole world within its first supply to various countries such as Indonesia, Korea, Viet Nam, Malaysia and Asia. Cordon Bleu brand that was produced in 1912, is the most famous product of the Martell House. In1936, Queen Mary was served Martell this creating more fame of the Cognac. She was also served the same brand while on Concorde during 1977.

During 1912, Edouard Martell formed Martell Cordon Bleu. During 1815, Martell was served to the England King called King George V during his coronation. During 1987, Seagram purchased Martell Company and since then Martell House was owned by Pernod Ricard. In the 2000s, The Company produced other Martell brands such as Martell Creation Grand Extra and Martell XO with bottles designed by Serge Manseau. During 2009, the Firm released Martell L’Or de Jean Martell in remembrance of Jean Martell the founder of the Company.

In 2006, the Firm joined a Cooperative which advances luxury Companies from France on a worldwide scale. Martell chooses Crus from cognac areas such as Les Borderies, Petite Champagne, Grande Champagne and Fins Bois. Martell VSOP brand is blended from Eaux de vie selected from the finest crus in the cognac. Martell XO is produced from a combination of Grande champagne and Les Borderies. Also Martell Creation Grand Extra is also a mixture of Grande champagne.

Martell VSOP was first supplied in England. In 2017, Martell Company established Cordon Bleu Extra. This Company celebrates 300years of success and great production. It is marked as the oldest cognac in the world, Martell is not consumed as much in France as compared to other countries. Martell cognac produces various cocktails as Sidecar, Punch, Halo, Chevalier Noir and Robust Coffee.

Below are the Martell cognac brands with their prices in Kenya:

At Nairobi Drinks, we have all Martell cognac brands in Kenya. Enjoy a free, fast and reliable alcohol delivery with the best prices in Kenya. Place your order using SMS, WhatsApp, Calling and the shopping cart on 0714-798-820.

Buy Martell Cognac brands online from Nairobi Drinks at the best Martell price in Kenya. Explore all types of brandy in Kenya for free cognac delivery in Nairobi.