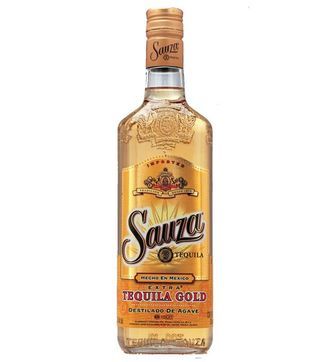 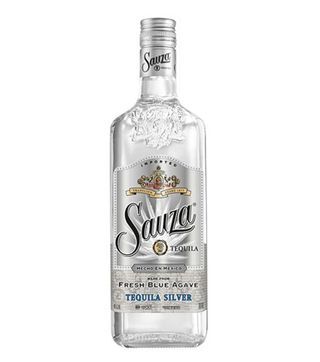 Sauza tequila silver
750 ml @ 4000
1 litre @ 5000
Sauza is a tequila from Mexico that was founded by Don Cenabio in 1873 at a distillery referred to as La Perseverancia distillery. Don Cenabio was the first producer to name spirit manufactured from the blue agave plant. Sauza tequila has been in existence for 147years. Don Cenabio was also the first distiller to export Sauza in the US. Don Eladio Sauza son to Don Cenabio, who was born in 1883, joined the family business and developed it by launching branches in Mexico City, Spain and Monterry.

During 1931, Don Francisco Javier Sauza son to Don Cenabio inherited the Company after his father passed on in 1946. He continued building the family legacy by enlarging the supply and reputation of its product as one of the best quality tequila worldwide. Starting in 1970, the demand for tequila highly increased in the whole world. Pedro Domecq a Spanish leading manufacturer created a partnership with Sauza distillery. In 1988, Pedro Domecqs acquired the distillery and became the sole owner of the brand.

During the first beverage-giant transfers series, the Company was acquired from the current owner by Allied Lyons and formed Allied Domecq. During 2005, Fortune Brands acquired the distillery and later expounded with drink Companies such as Beam Incorporate during 2011. Later in 2014, the Firm was purchased by Suntory who renamed it as Beam Suntory. After some time, the Firm began trading with Tokyo hence creating a market for the tequila in various foreign countries.

Up to date, Sauza products are still manufactured at the La Perseverancia distillery. All Sauza tequila brands use double distillation during the production process and also most of them are not aged except the Sauza Blue Reposado which is aged in oak casks. Sauza brand uses the blue agave plant for its production. It has various brands such as Sauza Blanco, Sauza Blue Silver, Sauza Extra Gold and lastly Sauza Reposado.

Sauza tequila was granted high scores during the International Spirits Rating Competition. Sauza 901 brand was awarded bronze in 2015 by the International Wine and Spirits Competition for being one of the best-selling tequilas with high quality. In 2013, Sauza Blue received a gold medal by the spirits of the Americas and in the same year, Sauza Blue Reposado scored 90% for being highly recommended and excellent during the Ultimate Spirit Challenge. Sauza Tequila is among the best tequilas worldwide and is distributed in countries such as Tokyo, China, USA, Australia, Kenya, South Africa and other various countries.

Below is the Tequila Sauza brand with its cost in Kenya:

Visit Nairobi Drinks today and enjoy free and fast delivery of all high-quality alcoholic drinks that are available in Kenya with the most favourable prices. Talk to us via WhatsApp, SMS, Calling and the Shopping cart on 0714-798-820.

Buy Sauza Tequila brands in Kenya from Nairobi Drinks at the best Sauza price in Kenya. Explore all types of tequila and enjoy free tequila delivery in Nairobi.