Teacher's Whisky Brands In Kenya and Their Prices 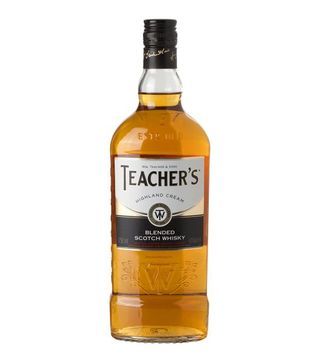 Teacher's
750 ml @ 1800
1 litre @ 2000
loading...
Close
Teachers is a blended Scotch whisky manufactured in Glasgow town in Scotland. The teacher was founded in 1830 by William Teacher who began selling whisky after taking advantage of the Excise Act. He was selling the whisky at his wife’s grocery shop in Glasgow since 1832. Later on, he opened his dram shop in 1856 after being granted a license of consumption with the help of his sons.

William Teacher passed on in 1876 and his sons Adam and William Junior took over the Firm and named it William Teacher and sons limited. They later shifted the business to St Enoch Square and it stayed there up to 1991. During 1898, the firm launched Ardmore distillery and ensured a guaranteed distribution of the Scotch whisky. After the prohibition in the United States, Teachers whisky joined the US market and the first shipment was supplied on the Cunard steamer.

In 1960, Teacher and sons Company purchased the Glendonach distillery and constructed a modern bottling and blending Company in Glasgow in 1962. During 1976, Teacher & Son limited was acquired by Allied Breweries and became part of Allied Lyons in 1978 and in 1994 it became part of Allied Domerq. For many years the distillery had a single pair of stills. These were increased in 1955 and 1974 more stills were bought. Teachers distillery now owns eight finely shaped copper stills. The distillery draws water from the springs that are in Knockandy Hill. In 1996, Glendorach distillery was closed and was sold to Chivas brothers after it was reopened in 2002.

In 2005, Pernod Ricard took over Allied Domerq. Beam Incorporate purchase Ardmore and Teachers brand together with Laphroaig distillery on Islay. During 2014, Suntory acquired Beam and formed Beam Suntory. Teachers Scotch whisky was aged in oak casks such as barrels, puncheons or hogshead. In Scotland, a spirit qualifies to be called Scotch after it matures for utmost 3years.

The following are the Teachers whisky brand and their prices in Kenya:

Here at Nairobi Drinks, we have all types of whiskies in Kenya. Visit our online whisky shop and explore our library. Enjoy a fast, free and reliable alcohol delivery with the best prices in Kenya. Place your order today via the shopping cart SMS, WhatsApp and Calling on 0714-798-820.