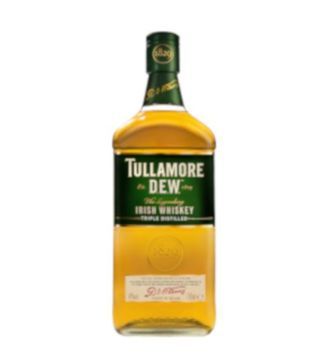 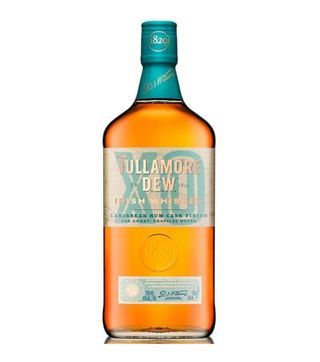 Tullamore Dew Xo Caribbean Rum Finish
750 ml @ 5499
Tullamore is an Irish whisky that was manufactured by William Grants & Son. Tullamore is the 2nd biggest initially made from the Old Tullamore Distillery in 1829. Tullamore D.E.W was derived from abbreviations of the founder's name Daniel E William who was the owner of the distillery. Old Tullamore distillery was shut down in 1954 and in 1960 John Powers & Sons who were Irish distillers purchased the Company and its production was shifted to Midleton Distillery in 1970.

During 1966, John Power & Sons purchased two Irish distilleries and formed Irish Distillers. During 1994, Irish distillers sold the brand to Cantell & Cochrane group so that they would focus on promoting Jameson Irish whisky. In 2010, the Cochrane & Cantell group deprived the whole spirit & liqueurs business including Tullamore and William Grant & Son purchased it.   During that time, Tullamore whisky was produced under the documentation of Midleton Distillery. After some time, William Grants & Sons thought of building a new distillery instead of relying on another distillery for production and named it Tullamore. This distillery was built in a modern and advanced way hence it had a capability of releasing both pot stills and malt whisky. Tullamore D.E.W Irish whisky was aged in sherry and ex-bourbon casks. It also used triple distillation to enhance a smooth and natural taste. Tullamore whisky uses a triple blend of all the three types which are the single malt and golden grain hence producing a great complexity of the whisky.

The following is the Tullamore whisky brand and its price in Kenya:

At Nairobi Drinks, we have all whisky brands in Kenya currently in stock such as Chivas Regal, Macallan, Talisker, Jim Beam, Singleton, Balvenie, Ballantines, Yamazaki, Cragganmore, Highland Park, Ardmore, Glenfiddich and many more. Visit our whisky shop and explore our wide collection of whisky brands in Kenya. Enjoy free, fast and reliable delivery of quality alcohol with the best prices in Kenya. Place your order on the Shopping cart, SMS, WhatsApp and Calling on 0714-798-820. Also, visit our website www.nairobidrinks.co.ke