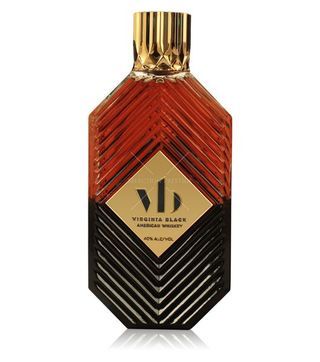 Virginia black
750 ml @ 8000
Virginia Black is a bourbon whisky from the United States of America. It was founded by a big songwriter, actor, rapper and big-selling artist from Canada known as Drake and an award-winning spirit producer known as Bret Hocking. Virginia Black was launched in 2016 and was able to win the market by selling a huge number of bottled whisky to many countries. It is distributed domestically and internationally to 45 countries such as Canada, Rwanda, Tanzania, Burundi, Kenya, United Kingdom, United Arab Emirates, Zanzibar and many more.

Virginia Black formed a legacy when it broke the record during the Liquor Control Board of Ontario in Canada. It is a collection of various bourbon whiskies concentrated on a high rye content and lastly a dissolute profile. Drake one of the founders of the bourbon whisky is the greatest entertainer today, having the largest social media following. This massive influence on social media has brought extraordinary attention to Virginia Black bourbon whisky.

Bret Hocking the second owner of the whisky was the previous owner of Deleon Tequila which he sold to the greatest spirit Company in the world called Diageo. He is the only spirit producer who was awarded as ‘Spirit of the Year’ in the 25 years history of Robb report. Brown spirits led to a huge growth in America. Virginia Black is currently positioned to reformulate the American whisky by attracting a more diverse and larger awareness of the whisky and brown spirits. This bourbon whisky is currently released at a capacity of 350, 000 9-litre cases periodically. Virginia Black has been loved for its burnt caramel, black caramel and vanilla flavours which add a great taste to the whisky.

It is keenly produced from various distilleries in the United States. Virginia Black is matured in charred oak casks. It is the current in the line of whisky brands and hip-hop musicians coming together to market it. Drake claims that the whisky is not sold as an exclusive drink hence it is sold at a favourable price that is affordable to everyone.

Various cocktails have been produced by Virgin Black such as the whisky sour, Mint julep, black Manhattan and many more.

Below is the Virginia brand and its price in Kenya:

Here at Nairobi Drinks, we have all the whisky brands in Kenya. Visit our online liquor store and explore our extensive library. Place your order today and enjoy free, fast and reliable delivery of quality drinks at a favourable price. Talk to us via the Shopping cart, SMS, Calling and WhatsApp on 0714-798-820

Buy Virginia Black whiskey brands in Kenya online at the best Bourbon whiskey prices. We offer all types of whisky in Kenya plus free alcohol delivery in Nairobi