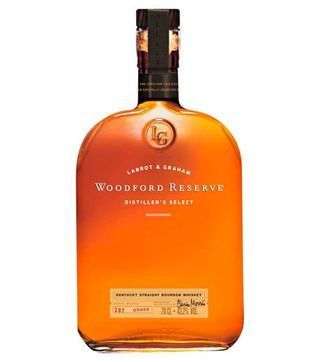 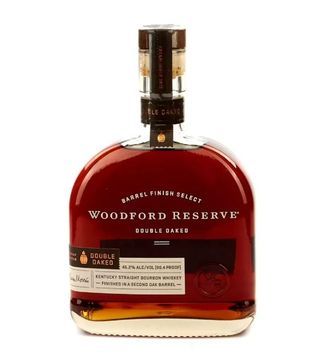 Woodford reserve double oaked
1 litre @ 10000
Woodford Reserve is a bourbon whisky from Kentucky in the United States that is produced in Woodford County. Previously, Woodford distillery was known as Old Pepper Distillery and was later changed again in Labrot & Graham distillery. Distilling of the bourbon started in 1812 at the current day distillery. This distillery was appointed as a National Historic Landmark for its role in the growth of bourbon whisky.

Woodford distillery was first founded by Elijah Pepper who handed it over to his son who referred it to as Oscar Pepper Distillery at a time when Dr James Crow was working there. During this time Dr Crow developed the distillery and improved the quality of the bourbon-making process like the pot still distillation, barrel maturation and mash fermentation.

During 1867, Oscar Pepper passed on and his son James Graham & Leopold Labrot operated and owned it till the time it was sold to Brown Forman Corporation during 1941. In 1960, Brown Forman sold it to a local farmer and after a short while in 1993 he re-acquired it and reconstructed it hence bringing it to functioning again. In 1996, Woodford Reserve was introduced to the market for the first time.

Since 2006-2012, it received silver and gold medals from the annual events. The Wine Enthusiasts also awarded the Woodford Reserves high scores during the Rating competition.

The following is the Woodford Reserve whisky brands in Kenya and their prices:

Here at Nairobi Drinks, we have all whisky brands in Kenya such as Glenlivet, Glenfiddich, Jura, Jim beam, Jack Daniels, Auchentoshan and many more. Visit our online whisky shop and explore our wide collection of whisky brands in Kenya. Enjoy fast and free alcohol delivery with the best prices in Kenya. You can place your order on the Shopping cart, SMS, WhatsApp and Calling on 0714-798-820.

Buy Woodford Reserve whiskey Brands In Kenya at the best bourbon whiskey prices. Enjoy all types of whisky in Kenya plus free alcohol delivery in Nairobi.