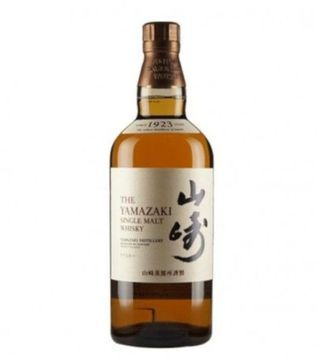 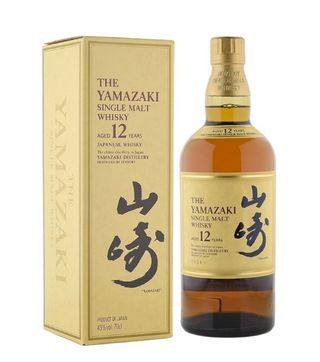 The yamazaki 12 years Japanese single malt whisky
700 ml @ 30999
Yamazaki It is a whisky brand from Yamazaki that was founded by Shinjiro Torii, who was the founder of Suntory. Yamazaki whisky became the first whisky distillery in Japan during 1923. Torii was a pharmaceutical wholesaler in a company that also distilled alcoholic beverages. During 1899, he discovered Torri Shoten and started manufacturing wine. Eight years later, he opened an Akadama Port Wine which was very successful. After a while, Torri formed a Japanese whisky with the construction of Yamazaki.

Shinjiro Torri was the first sovereign blender of Yamazaki whisky brand that started its distillation in1924. The whisky was not appreciated despite being the first Japanese whisky. During 1940, Yamazaki enlarged Suntory whisky. In 1961 Keizo Saji became the second sovereign blender in Yamazaki distillery. In 1970, Keizo Saji oversaw the construction of Chita and Hakushu distilleries and Yamazaki was produced as Suntory blends in 1980. Saji developed the distilling company into Single Malt Whisky during 1984 and was launched as a Suntory Single Malt whisky.

Later on, in 1992, Yamazaki 18years was launched. Yamazaki Whisky was matured in sherry casks, Bordeaux wine casks, American oak casks and lastly Mizunara casks. During the Second World War, Yamazaki a Japan whisky created a huge sale since the whisky was distributed to the army and the Japanese forces. Japanese distilleries produced a new spirit which was a transparent liquid that rattled down the Stills. Japanese whiskies have no minimum ageing time. Some of the Japanese whiskies have been imported from different countries and aged in Japan and later produced as Japanese whisky. Yamazaki whisky is best served neat, still water, on the rocks or Coca-Cola soda. This whisky is used to make different cocktails such as Tokyo Drift, Yamazaki Autumn Delight and autumn delight.

The following are the Yamazaki whisky brands and their prices in Kenya:

Here at Nairobi Drinks, we have all whisky brands in Kenya such as Glenmorangie, Glenlivet, Chivas Regal, Laphroaig, Auchentoshan, Jura, Balvenie, Caol Ila, Glenfiddich, Famous Grouse and many more. We offer our drinks in retail and wholesale costs. Visit our online liquor store and explore our extensive library. You can order via shopping cart, SMS, WhatsApp and Calling on 0714-798-820. Also, visit our website on www.nairobidrinks.co.ke  Buy Yamazaki whisky brands in Kenya at the best Japanese whiskey prices. Our online whisky store stocks all types of whisky in Kenya. Enjoy fast whisky delivery Nairobi